The clones and the originals are playing their final match to score a first goal mabey clones will win mabey originals will win so come and see it now in the large football stadium in Russia.

The clones and originals are coming back in Russia to play a another football match.This is happening today afternoon because people are not watching football anymore in the large football stadium while not that much people didn’t play.

A lot of people were losing like the originals because they didn’t take risk.So they did other things like fishing,selling and working in a haircut shop.

This is the best day of my life I have ever played today,explained Ronaldo when they were starting the huge match.This is the final match to be seen so they can save football from being excitedly boring so more people can watch.

Excited to score a goal, the originals scored a goal and they won.They did this because they needed to save football so more people watch the rest of the football match.

I had fun doing the big Write a lot!

I found it difficult but I didn’t give up and kept on going and I fink of what happened and what I remembered I put it down on the sheet and my headline  was The amazing football match I did a great picture of it I used a lot of adjectives and conjunction and adverbs and punctuation.

Hope You Enjoy!Just READ IT!

Just this morning the Originals finally beat the unreal clones at a gigantic football stadium!

All Originals thanked their manager Kareny Delaney.The exciting match was played in South Russia where near KFC and McDonald.KFC and McDonald got big luck since Russian fans all went and some are hungry so …..You Know……

Ribery’s photo with his Clone in the last game went viral just in 3 seconds.Unbelievable right and that shows football is back in place.Its pretty obvious why they risk everything,just to bring football back home from the cheating clones.

on Thursday I had a blood test at the doctors .It hurt a lot when the needle wemt in stayed there and came out I hurt all through the blood test.

All ,of the people were cheering and shouting for people who scored a goal .

When we started, we scored a goal and everyone was cheering and shouting.

AND  THE CLONES  TRIED TO CHEAT WITH MORE  PLAYERS  ORIGINALS

Monday evening there was an exciting football mach in Russia. There an was GG  O 0-0 C to O 1-0 c 1 to the  originals 0 to the Clones first goa wins!!

The clones are playing horrendously and maybe just maybe the Origanals are bringing it home, instead of the clones it’s actually real people.

Yesterday morning, there was a amazing football match in a large stadium. The well played players were Ronaldo, Neymar, Rooney, Zlaten, Iniedta,Ribera, Howard and their manager (they were the Originals). Playing against them were the cheating Clones. Sadly, the Clones kept winning and cheating!! In Russia the football was set place and do you know why the Originals were doing this? They are trying to save extravagant football from being boring and to make you curious who will win instead of the same team keep winning and winning and winning.

Here are some interesting quotes that have been said:              “How are we meant to score?”questioned player 7 as he got tackled.    “We will beat these losers!”shouted the clone as he was thinking how to score.  “YES!” as Christino Ronaldo scored a goal! They were some quotes from the players =D

Opinions of mine (you may not agree)                   Exhausted players were playing and I could tell you this because the were sweaty. In my opinion the Clones were cheating and were to scared to take risks. The Originals should have won in the first place because it wasn’t fair for them to be going up against Clones.

In English we were doing P.E.E, which means Point, Evidence and Explain. We had to compare stories called the ‘Nobleman’ with another story called ‘Farmer’. In the Noblemans story he had no children however in the farmers story he had a couple of children. In both stories they clean and shave but the Nobleman has servants to help him do it, unlike the Farmer.

Meerbat looks like he is having a great time with mrs Sewell but did he try to take a bit of coffee or tea because that would have been a bit too naughty .But as long as he is having fun with his owner mrs sewall who is a lovely teacher and a lovely mum or ower. 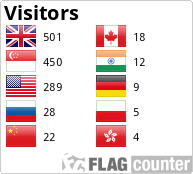