We went  to the national gallery of London on November 20th 2018. We went to  see the men of the docks by George bellows and all the other paintings. we saw the bigger versions of the pictures from the fameouse artists. we got on the coach at 7:45 am in the morning (that is so late).

it wasnt not diffrent  when I saw it in real life because, it was just a zoomed in version of the one we saw at school while we are in art. the texture was really not that great.

the most exciting  part was going to the gift shop because I went and got sweets and and other things like that.and seeing the tourists… 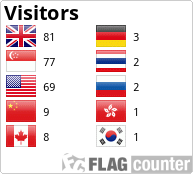