When was Classification invented?

Classification ( sorting ) is finding characteristics between many species. In 1735, a Swedish scientist Carl Linnaeus has published a system to classify living things that has been developed by us humans in the modern days. This is called the Linnaeus System. He thought that if there are more than 10 million species it is possible to group them into small groups based on their characteristics. As well as this, he grouped plants into their own part of the classification system. He is also well known for naming every living thing. However, there are species that are hard to classify as they have many similar characteristics to other animals. For example, a platypus is hard to classify as it can live in water but also on land. Sadly, Carl Linnaeus died in 1778. We use his system to make our life easier without inspecting every single specie. 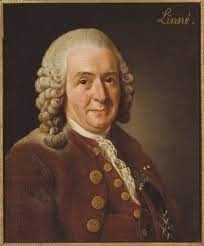 Living things are classified in 12 groups, although you can classify them into your own groups. The groups are: mollusc, fish, amphibians, mammals, insects, bird, echinoderm, annelid, reptile, crustacean, arachnid and myriapod. If you want to classify an animal you base it on their similarities and differences. Some animals a vertebrates and some are invertebrates as they do not have a backbone. However, some animals have no bones on the inside but the have them on the outside. Here is a graph to show you how to sort animals into their own group. It can be tricky to classify some animals but you need to know how it looks like. As well as this, you can make your own groups to sort your animals. So… are you going to sort your animals into their groups? 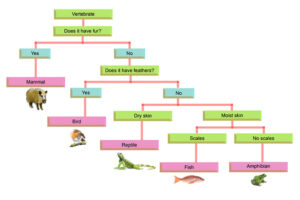 Microorganisms is bacteria, mould and yeast. This is when food is not good for humans and could make you sick. However, there are animals that are also microorganisms as you can only see them through a microscope. This is also a type of animals that you rarely get to see.