On Saturday I went to Teo’s Birthday party 🎉.We had a great time because we played put the tail on the donkey and Teo won.Also we played pass the parcel and I won a prize.

On Sunday I went to Wareslay and my family came with me and we looked at Christmas trees 🎄.  I brought a tiny tree.Afterwads I went to walk a dog ,I brung a ball and I kicked into a thorn bush and I got a massive cut on my right leg.

At Friday it was my mums birthday 🎂.We had a very long day because we stayed late.However we had some music 🎶 .It  was very fun because I had lots of friends to play with at the party 🎈.We had lots of food 🥘 it was very good.On the next day there were food still left so then my cousin come to help to finish the food 🥘.Me and my mum were packing some cake 🍰 to the people that didn’t come.

Then I went to my house and I played fifa on my PlayStation3  I played pro of everlotion 13 I enjoyed the match I played against  my brother.

On my weekend I walked my dog to riverside and back to my house 🏠 I also got a subway sandwich for lunch 🥪 and then watched YouTube for a while.in 3 hours later my mum came back work and then we ordered pizza 🍕! Then we all watched a movie 🎥 quietly!Then we went bed.The next day my sister woke me up and said why don’t we do our Christmas list 🎄! I was so stuck on what I wanted! 🎁After my Christmas list my Nan brought in some Christmas cupcakes.at 9’o clock we went to bed for the next day for school. 🏫

I gone  To the skatepark 👌🏻I think it was 👌🏻after that  i gone to the game ing and played on My pc and played fortnite 🖥  then I went to my cousins house 🏠 because it was his birthday 🎁 🤗 then I ate. McDonald’s finally i went to my bedroom and. Sleep 😴

On Saturday last week it was my birthday.I had so much fun because I got to use a DJ box.I had a treasure hunt.🤑 and a game that you had to put a tail on a donkey. And who ever pop a balloon 🎈 first wins.then at the end I blew the candle on my cake 🍰 I became nine.

At the weekend I played a football ⚽️ match the score was 3-3 it was a really tricky match I played 36 minutes.After the match I went to weather spoons.Then I went to Teo’s party .on Sunday I chilled out

When I went to my trip to Portugal I had to wake up at 4 am to get to the station.We went with my family and friends to London and it took 1 hour and then we had to get to the plain station and we were on the plain for 2 hours!Finally we were there and we first put our luggage away and buyed a new car.It was soooo exciting we went to Portugal for 11 days!We were in a villa opposite a forest.WHEN A VOLCANO ERUPTED!In our  villa we had a swimming pool and a sandpit and we saved a gecko that was trapped in a net in our garden.Our last day we went to a amazing water park! I had an amazing time at Portugal !                         🇵🇹

I wake up early because it was my BIRTHDAY! I got lots and lots and lots of present 🎁. After the presents 🎁 I got ready for school but went a got ready for school my family got me a beautiful  Badge then we went to school. After school my friends came over to my house but we went to  McDonald’s my friends are called Ellie ,jasmine ,   Niamh  and poppy. After McDononald’s Ellie and jasmine got me a present 🎁. we play then they went home.

On Saturday I woke up I watched some YouTube videos.I rushed my breakfast 🥞 to watch more YouTube at the weekend. 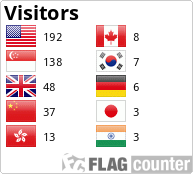