THE STORY OF THE TWO TOWERS

On the plane it wasn’t high anymore.It was very low and things has CHANGED! In the Two Towers there was a hard working men.He looked outside and see’s a little black dot.But then he knew it was a plane.He hid under the table all covered. The plane was very low and was speaking to a person on the A.T.C Tower in the airport.The A.T.C Man said ‘Whats wrong?’ And then the Pilot replied ‘I don’t know?! But we are very low!’ As they were still up they were facing the Two Towers.And it was in front of the man too.But the man was inside.Then..

WHEN IT BECAME  VIOLENT.

The plane was really low and couldn’t stop they tried to lift up but it wouldn’t work.And at that moment it happened. THE PLANE CRASHED INTO THE TWO TOWERS into the middle where the guy was hiding under the table and EXPLODED!! This is when everyone heard a loud BANG! Everyone took videos and saw what happened and firefighters came quickly as possible. But then ANOTHER PLANED CRASH! WITH A LOUD BANG! Some people even had to run away from the crash and make sure they are not near it.Firefighters went in to make sure everybody is safe.Some weren’t safe but some were.Ambulance came to rescue them and this was the end of the story.

THE TOWERS DID NOT MAKE IT AND NEVER GOT RE-BUILT.

THE END OF THE TWO TOWERS.

And I mad a move🎥 because

Over the weekend I made a slideshow for my presentation about my pet rats.I also went to a restaurant near town me and my parents usually go there on Saturday to have breakfast.I went over my neighbours to make some cookies 🍪and I also got a turquoise skirt from here :3.I was mostly on my VR (Vurtual Reality)and watching some videos.

This weekend I was going back home and then my mum had a mate round for a little bit. Whilst he was at home, he decided that we should get the Christmas decorations up before December and we also had a little chocolate party 🎉. The next day we went outside to have a little go to fly a drone. We also got to have a go and do it air draft  by making it follow us by our hand 🤚 This is time to end bye.

Milton Keynes is a big place to go to and there is lots of shops like pharmacy and lots of other shops  I went to a chicken 🍗 shop and there is chips which is made out of plantain which is my favourite and it is also healthy.

There is a massive park there that kids ,adults and any person can come .I enjoyed this it was so much fun and I had a lovely 😊 day .After that me and my family went to queen 👑 gate it is a big shop just like Milton Keynes but queens gate is much more  bigger and more expensive like ted baker  and lots more this is a indoor place and there is an outdoor place so people who want to travel they can go out of queens gate and make their way where they want to go.  END_OF_DOCUMENT_TOKEN_TO_BE_REPLACED

Today I will tell you about my trip to Cambridge on the weekend.

On Saturday I had a regular start to it just have my breakfast 🥞, brushed my teeth,had a shower 🚿 and my mum asked if I wanted to go anywhere and I responded “mum it’s suppose to be a rest day,”but my mum was like “that’s Sunday, “ .And then my aunt said we are going so if you want to stay home 🏠 you would be by myself and to be true I have never been home alone,every time she says that I am convinced to go with them so I got changed and got a snack. I got in the car 🚗 and we drove there.All I did on the way is play my DS and 💤 sleep

When we got there we had a walk to the mall called the grand arcade or lion yard anways we looked around and got in some shops but what I did is try to find WiFi , but the only place I got active is when we got to smiggle and the library also when we got FOOD 😋 for lunch I had a burger 🍔. Also some  🍟 fries  I was really stuffed but later on I had a belly ache 😖 because I had to walk all around the mall.In smiggle I didn’t no what to get so my mum said “why don’t we come back later”and I was like”ok”.we took a guide of what was in store and I knew I wanted a glitter notebook and since it was 20 or 30% of it was £6.50 then after we went to tkmax and did a little shopping there.Suddenly my mum asked if I could by cookies but the only reason is that she wanted some but we were able to get home safe.

Today I am going to tell you about my Saturday in Cambridge.

When I was at the bus station it was hard for me to find a bus because the C bus was not running today.After the ride.🚌

When we got to Cambridge I sprinted all the way to my grandma’s house. When I opened the door she shouted “stop!” So I stepped back and said to my self “oh I did not wipe my feet on the mat,” So I wiped them then took them off.After a wile my grandad said that it was time for our 2 hour walk. So I put my shoes on and left with my grandad. Suddenly we stopped at a massive lamppost and then my grandad said look down.I couldn’t believe my eyes a real fairy 🧚‍♀️ door so I bent down and had a closer look and on the door something said “sorry we are out now,” I was shocked maybe 🤯 mind blown then we went to the sweet shop. After buying all of the yummy mouth watering 🍬🍭🍩🍫 after that we walked some more then stopped an I looked down and saw a elf home then we arrived at home.

I waved goodbye and went home it was a lovely week end.

On the weekend I went to town with my mum,Nan,sister and my brother and went to cafe Nero. I had chocolate cake then we went to Sainsbury’s and I saw Whitney. Then I went to my best friend’s house 🏠. I asked her little brother if he wanted to play a game  with me and we played a lot of games all day long .

On Sunday I had  a great time with my dad 🙋🏻‍♂️and we went to his 🏠 we  did some colouring and we watched some movies on the TV 🖥 in his room.Then  we had some diner and did some more colouring  and  watched more movies 🎥  and have lots more fun  until I had to  home  then I had to go to bed🛏

I wish that we could play on trees 🌳 because I ,am a good and I am such a pro at climbing 🧗‍♀️ and I am a god. 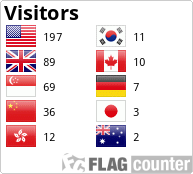