Mountains  are formed when the Earths crust is pushed up in big folds or forced up or down in blocks. They form over the course of millions of year, and sometimes even longer! Despite the majority of fold mountains-which you will learn about more- there are different types of mountains such as: Fold, Dome, block and volcanic mountains. Because mountains are consistently eroded (gradually wearing away) by the weather, they are quite jagged. This is because of the mass of weather near to the top of the mountains and the reckless weather.

The formation of a block mountains begins when a portion of the Earth breaks off and then is forced up as two tectonic plates pull apart or push together. To clarify, a block of mountains is made when two tectonic plates move, therefore a slab of land breaks off. Then it is forced up to then become a block mountain. Later on the blocks on either side are forced down, as the mountains gradually become as higher and higher. 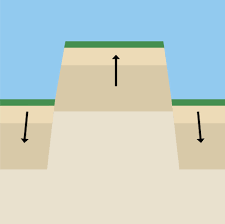 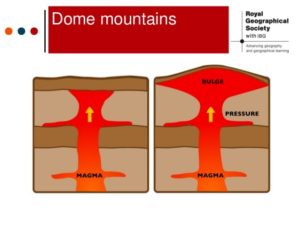 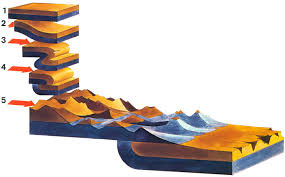 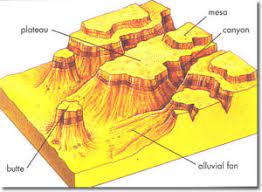 An informative blog on mountains and how they are formed. Great use of pictures and subheadings.