How  are mountains formed?

Mountains are made when Earth’s crust is pushed up in big folds  or forced up or down in blocks. Mountains form over the course of millions of years. They are not all the same. All the different types of mountains are fold, block, dome and volcanic mountains. Mountains are jagged because they are constantly eroded by the weather, which wears the rocky surface away. 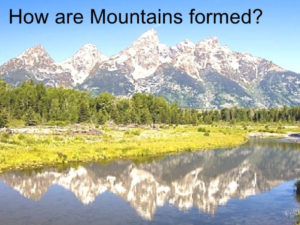 Block mountains only form when a slab of land breaks off and is forced up by 2 of Earth’s tectonic plates either pull apart or pull together. Faults are lines where the ground breaks apart. Earthquake’s (which are very common along the faults) can at anytime.

Dome mountains occur when liquid rock inside the Earth forces the ground above it upward. The (very heavy) liquid doesn’t break through the surface so don’t worry. The force, or pressure, produces a dome like shaped mountain. The molter rock does not go through the crust like a volcano. 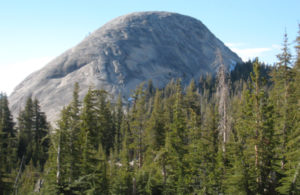