The old man is sat in a room; a darkened, isolated, empty room. His mind is full of solitude, loneliness and depression, while playing a sad, but sweet, melodic tune on his ancient piano. As the old man plays his song, it echoes throughout the building.

As his beloved wife kisses the man goodbye, the man is reminded of a similar kiss before he left the war. Suddenly, he is running across hell. The battlefield was like a graveyard, full of dead bodies. The gunfire is like a toremting rain, shaking like an earthquake on Earth.                               As he runs behind the walls, the man’s friend gets ferociously shot by   the enemy. Feeling the guilt inside, the man could not fix his passing friend, even though his job in the army is a medic, and dies in the his arms. This was a tragic moment of his life and will not forget this memory.

As the man became older, he started to find all of his love; his wife, his children, his grandchildren, and so on. The man grew up from the hobby horse, so instead of having to throw it away, his generous heart decides to give it to his grandson, named Harvey. 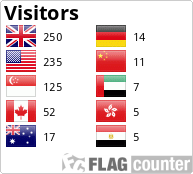