The man was sitting in an empty room, which was like his very blank mind. He was playing a sweet, mournful, solitude song. He was all alone just playing the piano in a dark room, it was like the deep depths of his mind. His bony fragile fingers, swiping the priceless piano.

As he played the beautiful song, he comes in contact with his wedding ring. He is simply reminded of his wife, whilst playing the solemn song. He remembers the time his wife kissed goodbye, as he went off to war.

As soon a s he knew it he was running as fast as a race car in a battlefield as a medic. Gunshots and bombs were booming and bashing in the background and as his friend lept out to shoot, his friend fell to the ground. The man did all he could to save his friend but he was out of time. His friend was dead, and the man felt guilty for it. The battlefield was a graveyard with tons of dead body’s.

The man was back out of his memory’s and was still playing the piano. He suddenly went into another memory.

The man was now a boy and was opening a new birthday gift. It was a hobby horse and he played around on it. Then the man was out of his memory and his grandson was in his hobby horse. Than the boy got on the wooden bench and watched the man play the piano.

The room was as dark as empty soul , a lone man played a morose melody, on his hand was a gold , shiny ring . The ring is filled with youth romance and ancient memories. Suddenly in a flash of light a women who seemed to be  the mans wife appeared on a seat next to , she was a opaque as salty water , they sat and gently pressed a range of black and white keys  . Her hand lifted of the piano and strait threw the mans face she gave him a ghostly kiss and then disappeared . As the mans  face faded back into a depressed from he had a flashback of him at war .  Standing behind a old cobblestone wall the man who wore a green helmet with a  Red medical Cross on it . The cross is filled with health , death and a smear of blood , His best friend was waiting to jump out from behind the wall and fire his gun at the enemy soldiers , the old man nodded his head and his friend jumped out and fiered his gun but the enemy’s were ready and sadly the enmys gun fiered too and sadly the mans friend got shot he fell to the ground as the man ran to the dying soldier the flashback ended . As the old man continued to play the piano , which piano plays music like a humming bird , then a little boy appeared he also was opaque, he was given a glossy white gift box rapped around the box was a blue ribbon the boy opened the box and inside was a Brown oak hobby horse the boy carefully lifted it up and galloped around the isolated room and then looked up at the stars , when he started galloping again he was a normal boy in a modern clothes he droppped the toy and sat on the piano stool and played the piano with the man The End

As calm as a fish, the man peacefully plays sad tunes on the piano. Suddenly, a person appears. The excitement is building up deep down in his old soul, It appears to be the mans wife. Although, soon he realises that it’s a ghost… She gives him a quick kiss on the cheek and disappears into thin air.

The man just continues playing the piano as he notices a strange hat with a crimson Red Cross on his head. The man  looks around confused as he appears behind a red brick wall with a gun in his hand. He realises that he is having a flashback about war. As he’s shooting, he hears a loud gunshot next to him. He looks to his left and sees his best friend laying on the floor with a bullet through his chest. The man says one last goodbye to his friend as he comes back from his flashback.

He’s still playing the piano as he has another flashback of his old self as a little boy getting a toy horse. The child, who is the man when he was little, plays with the gift horse then turns into a real human.

It turns out to be the mans grandson. The grandson puts down the toy horse and walks over to the man. The boy sits down. He looks at the man with joy as he stops playing. Then, he plays a note to end the song.

A scam is when  someone tricks you online , a bit like a prank but online so if you ever get a message saying you have won £10,000 don’t get yours hopes up or go around bragging about it as it may be a scam ,  lets hope it isn’t but if is tell an adult / friend.

Nykia: Hey, is it ok if I post that photo we took today online?

Billy: No, I feel uncomfortable with that photo, can we take another one please?

Why is consent important?

Consent is important because you need to ask somebody for permission, if you do not use consent and do it without permission they might get angry even though they would have maybe said yes.

We made cheese in science club

It was delicious we microwaved milk and then added lemon juice.we mixed till it was lumpy.

by saoirse ,Scarlett and esmè

Is lady Macbeth is guilty or innocent

END_OF_DOCUMENT_TOKEN_TO_BE_REPLACED

i think lady and Macbeth should go to jail because lady Macbeth helped Macbeth kill king duncon .i thought it was a bit weird because they didn’t chang there clothes  after killing king duncan . King duncan planned a party for every one to come to so I thought he planned the party to come to because one of his nights have told him that Macbeth is going to kill him that night

Is lady Macbeth guilty by Charlie

Some people think lady Macbeth is guilty because she was the marstermind behind the merder of King Duncan. This has been going on for centuries the argument is now taking place in cort

Lady Macbeth is guilty because she made Macbeth do the merder. Lady Macbeth wanted the power to take over the throne. She was the one who framed the guards.

Some people think Lady Macbeth is innocent because she only made it only a idea for Macbeth to think about.

We have come to the decision she is innocent because the facts could be true so that is why innocent wins the argument.

END_OF_DOCUMENT_TOKEN_TO_BE_REPLACED 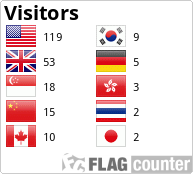