F. find methods to help you

G.give  your self time to think

H.have fun while you are doing it

I.ln your maths book it should be neat

K.keep trying even if it is difficult

M.make exercises For your brain

One morning I went to my locker and there was envelope saying “open me .” I opened it and there was a piece of paper with a black hole.

I noticed that if I put my pen on it- it did not come through the other side .  I put it on the floor and jumped in it and decided to go to space.People think the moon is made out of cheese but it is actully made of rocks.

Then I went to America where I went for a bike ride around the city, I saw lots of diffrent bulidings. I actully wanted to move to America .

Then I jumped into the black hole and went back to school ,I went back in time so I was not late. I wish I had a real black hole!

Today I was shocked because my clumsy brother Chang, fell down the deep, dark and gloomy well.

I sprinted as fast as I could to get my mother. She told me to get the old man with the ladder, to quickly get him out.

I ran as fast as a cheater to get to the old man, I was anxious and worried because my brother had been in the well for so long. I did not know if he would  survive the fall or beeing in the freezing cold water.

Next,   I got to the old man and explain to him that Chang  had fallen down the well  we nervously hurryed  to get my little brother out of the deep dark and dangerous well

The old man got him out of the well with his trusty old ladder. The ladder was as long as a  giraffe neck. The old man fixed him up so he was as good as new.

On Chinese day we had lots of fun by doing tea tasting,lantern making and also doing Chinese Dragon dancing and that was so much fun.

The tea tasting was incredible there was lots of different tea names like Green Tea and Black tea and all different kind of teas.

Then we made the lanterns and we got to write in Chinese on it and also if you want to know all the steps to make your own I will write it down for you step by step!

After that we made the Chinese dragon and It was so amazing. We also got to colour it what ever colour we wanted to have but we needed to have red because then it will scare the spirits and the Nian. Itwas so much fun and I enjoyed Chinese day and it was so much fun I hope we can do something like this again.

One day,as I was walking up the dangerous steep cliff,I was eating the delicious barbed wire which was surrounding the fields. The barbed wire was as sharp as a shark’s tooth.

I followed the noise and then I started to run but I fell into a massive trap ” CRASH” I tried to get up but I couldn’t and the walls were as hard as a man sniping a deer.

Then the humans came and tried to get me out by shooting me and I did and ran fast as I could but they had shooting jets shooting me along. I got tired but I couldn’t stop so I jumped and landed on a building but it wasn’t strong enough for my weight so it fell and I exploded…

On Tuesday 16th May, we had a trip to go to the Fitzwilliam Museum in Cambridge and it was fun.

First we got on the coach. Then we waited patiently until we got to the museum. When we got there we got off the coach and went into the museum and looked around everywhere and it was beautiful.

Next we went to the cabinet of curiosity and there were facts and they were: it was made in 1660, it has 44 different draws and some were hidden inside it. It was very cool! 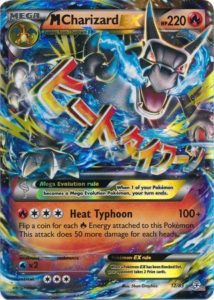 One casual day,the Iron Man definitely wanted to meet the Space-bat-angle-dragon.So he is walking around his home and finds a trampoline and jumps on it to try and reach space where the Dragon lives.But it doesn’t work…So the next day he goes to the dump and finds things to make a JET PACK!

He makes it but ended up falling asleep half way through.Often,he doesn’t but he wants to it out.1….2….3…quickly he pressed all 3 buttons ZOOM! off he goes.Meanwhile,people probably thought that he is a ginormous and vast aeroplane and the aeroplane is over the moon.

Between the sea and the sky,the Iron Man meets the Space-bat-angle-dragon.”You are not an angel you are a piece of trash” Shouted the Iron Man.But the Dragon couldn’t hear him so the tries to bite the Iron Man approaching causiostly.

The Space-bat-angel-dragon starts a fight “I can beat you”said the Iron Man evilly.Then all of a sudden the dragons guts burst out like a volcano.