How are mountains formed

Mountain are formed when a layer of earth crust is pushed (formed) up in big folds or blocks. Slowly over the course of million of year’s mountain are formed. However they are not all the same there are many types of mountains, which are fold. Block, done and volcanic mountains are jagged because they are constantly eroded by the weather.

Block mountain began to form when a slab of land because off and the meet to grow and make a big mountain like Mount Fuji and they forced up as two of earth’s tectonic plates pull apart or push together. Tectonic plates are tectonic plates are are broken pieces made of the earth crust or lithosphere. Another name for them is crustal plates. Continental crust is less dense, and oceanic is denser. These rigid plates can move in different directions, shifting constantly. 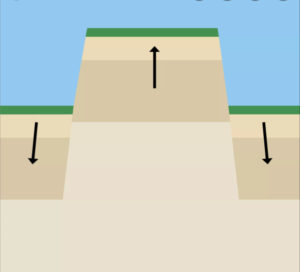 liquid rock inside the earth forces the ground above it up ward. This swelling doesn’t break trough the surface, The force or pressure produces a domelike shape. 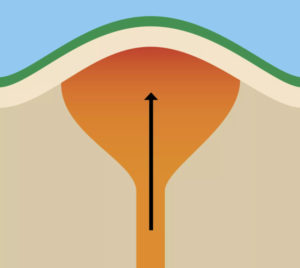 An informative blog on how mountains are formed. Don’t forget capital letters when writing online.