How mountains are formed? 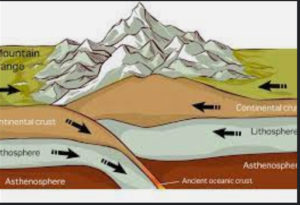 Block mountains begin when a slab of land breaks of and  and gets  forced  up  , as two of the plates pull apart .while the block gets pushed up the other two  get forced down . A block mountain is a big slab of  land  that is high up in the sky . 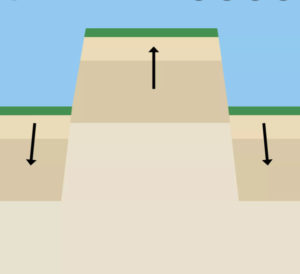